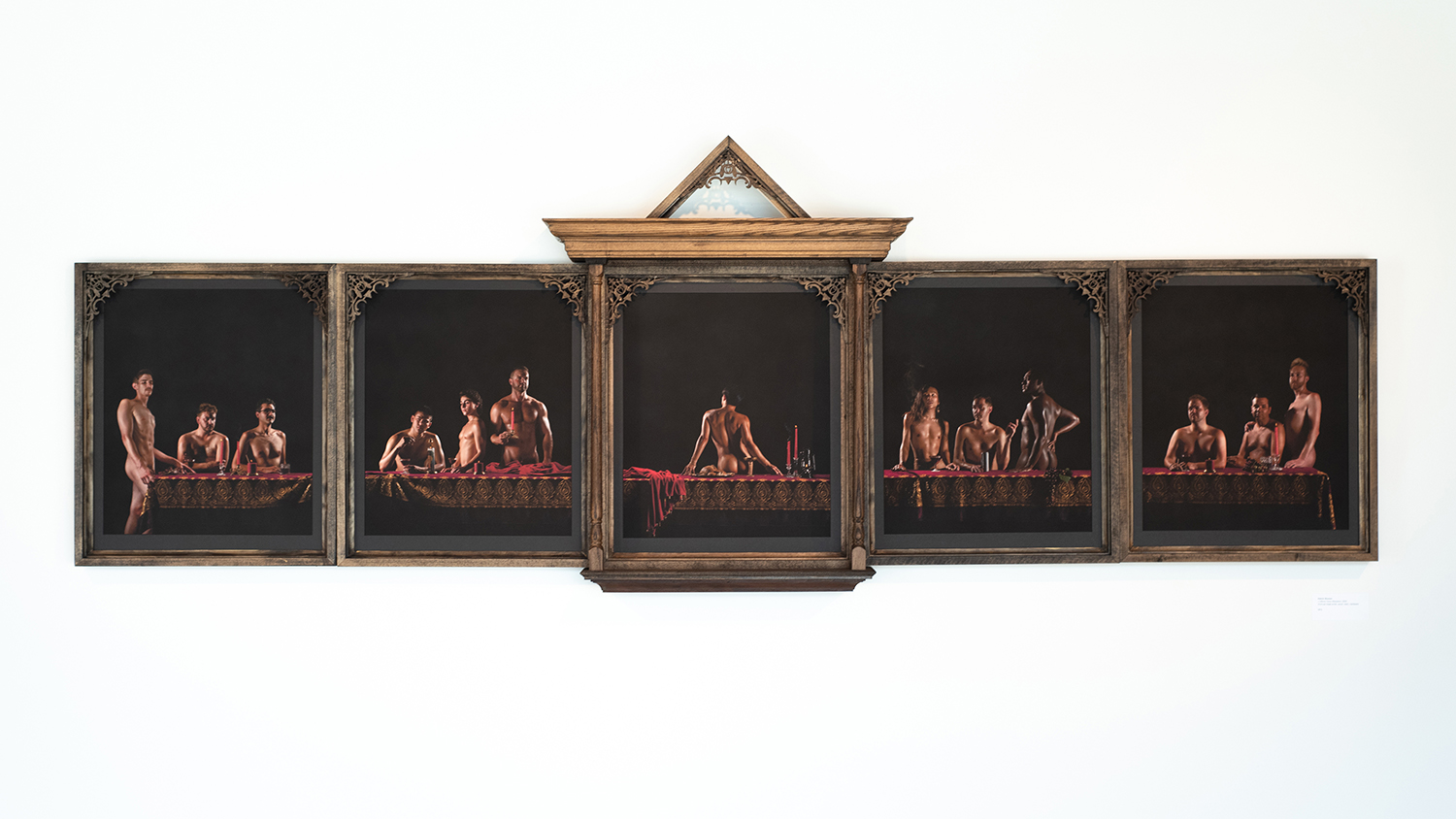 
Noli Me Tangere, “touch me not” or “don’t tread on me,” (Latin) is a series of photographs that examines the intersection of homosexuality and religion. Named after a seminal novel by Philippine hero and martyr: Jose Rizal, the photographs extend a conversation concerning repressions brought by religion, culture, and politics. Rooted in the artist’s Filipino Roman Catholic upbringing, the genesis of the series can be charged to the signing of Indiana’s Religious Freedom Restoration Act in 2015. This political juncture underlines the interchange between church, state, and marginalized groups they oppress. The often chaotic and conflicting intersections between these entities manifest themselves in tableaus presented as altarpieces. 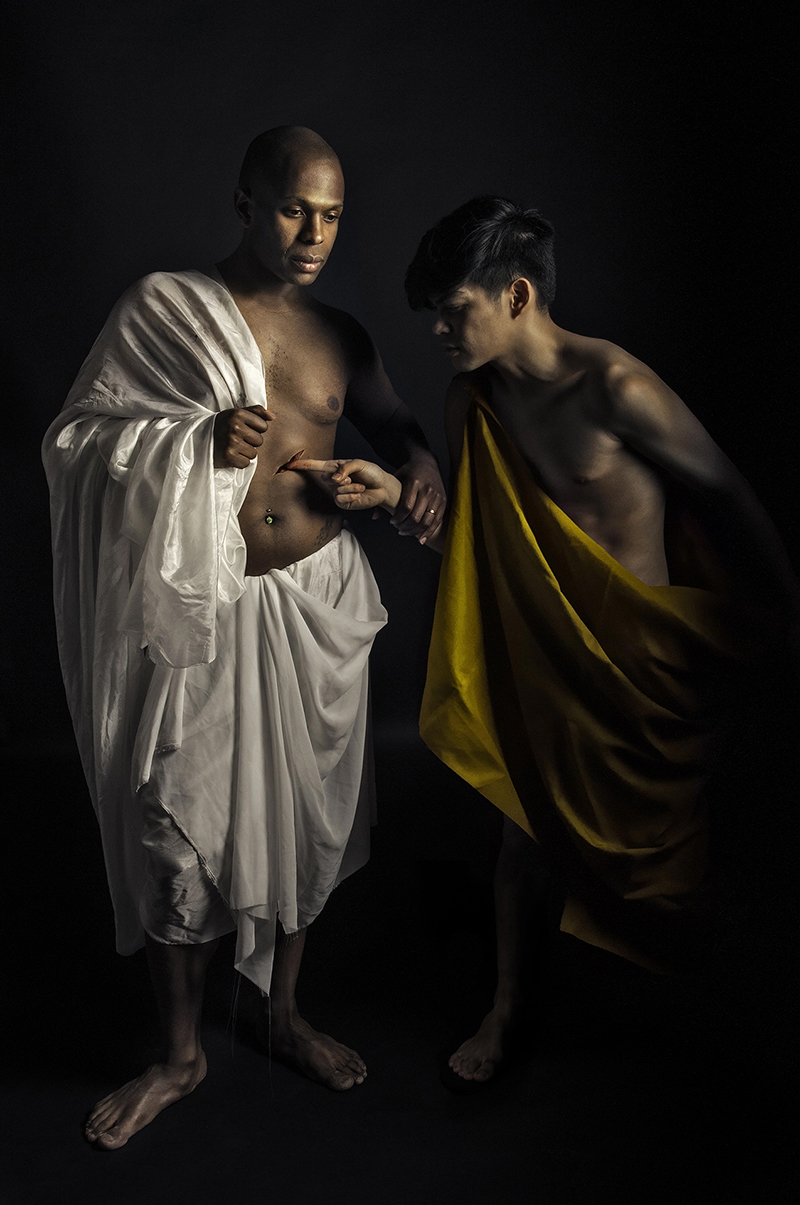 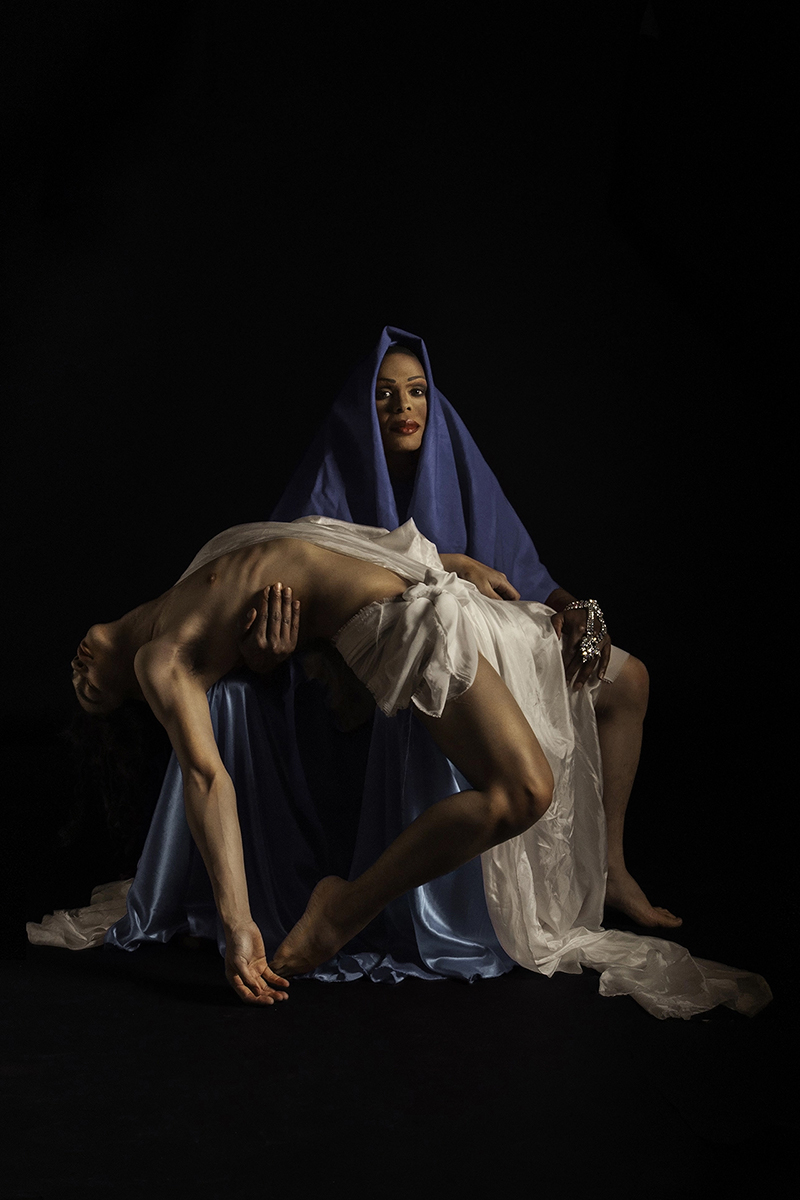 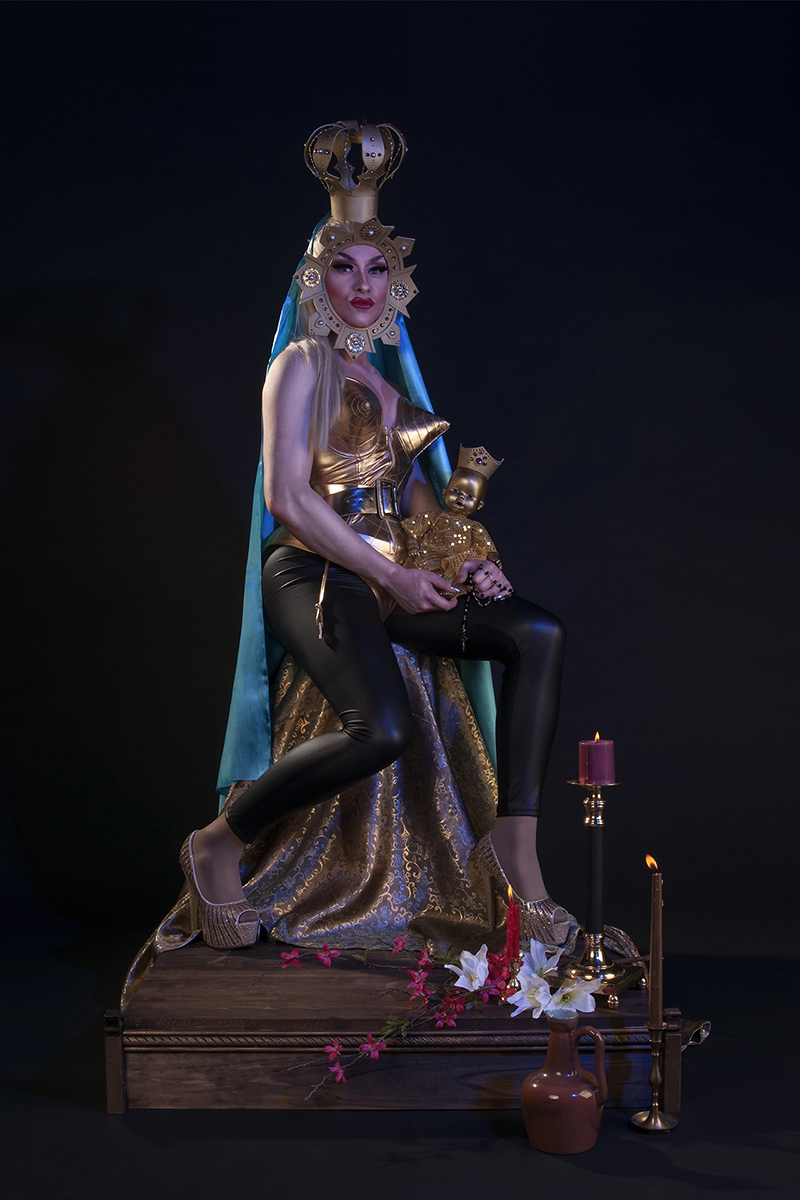 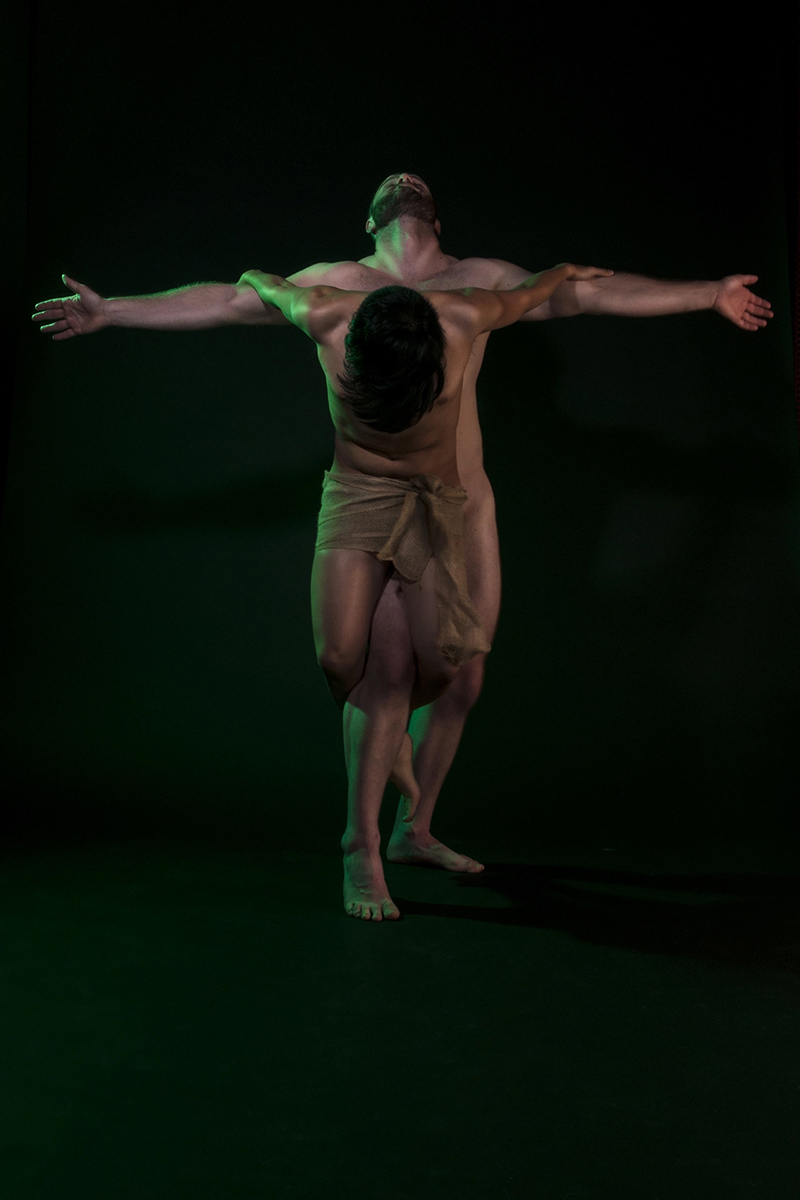 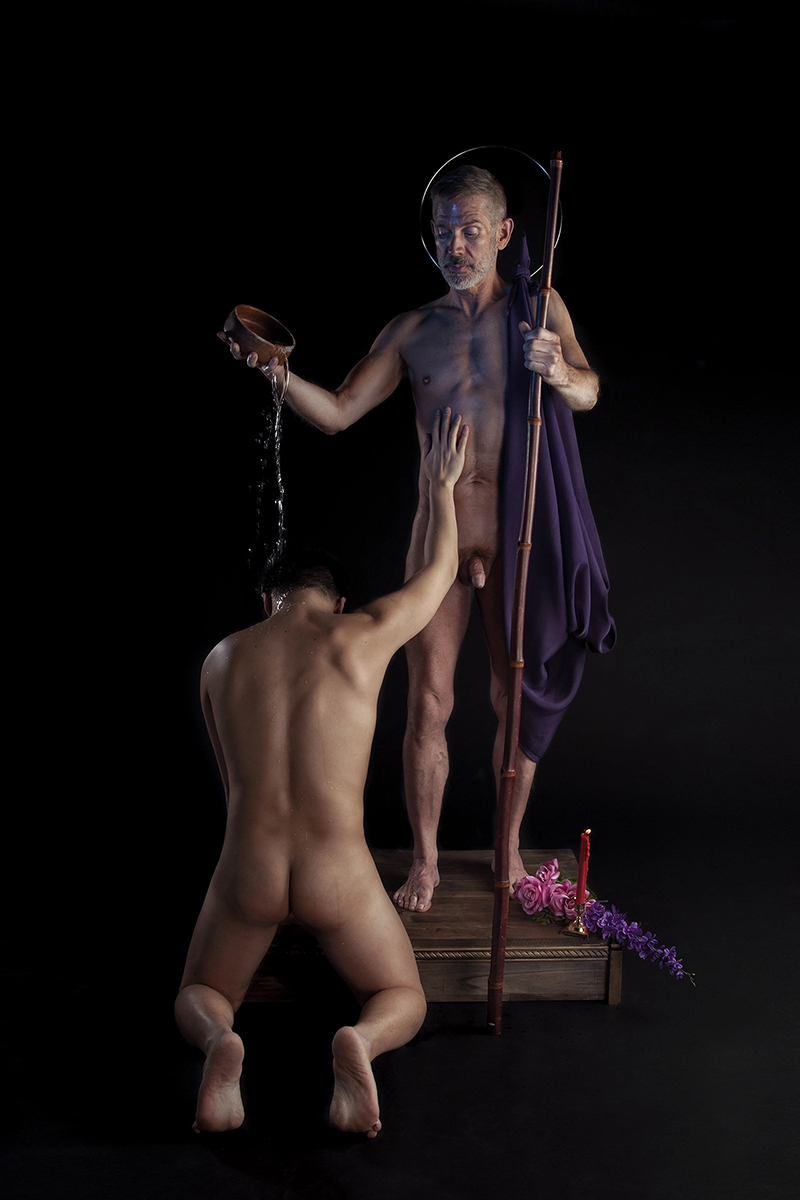 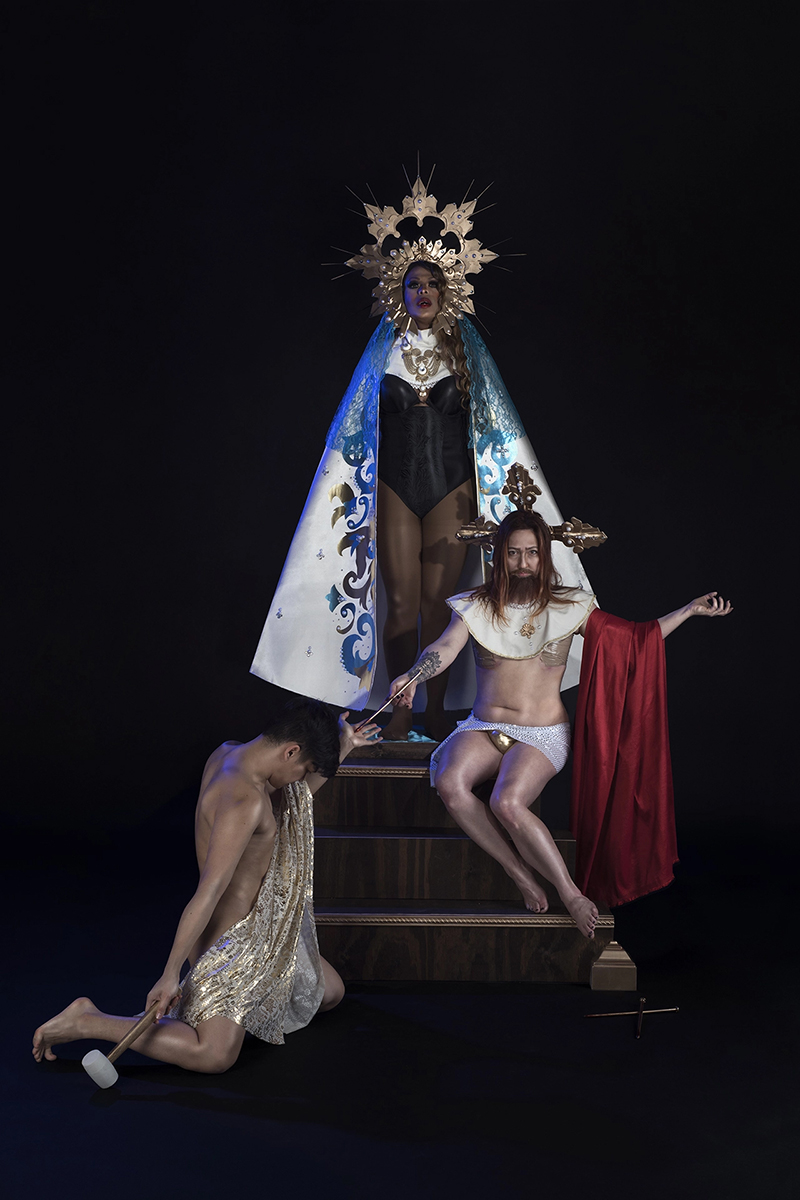 A veneration of sorts, the series borrows the visual language of religious art made new with accents of queer visual vocabulary. The work recontextualizes Catholic narratives and imagery by the insertion of queer community members and allies. Via this approach the work is able to address those that are omitted from the main narrative. The employment of iconography, intricacy and grandeur associated with the church creates a beautiful accompaniment for the grandiosity and camp of queer culture. It is through this approach that the work addresses conflict through beauty and commonality. 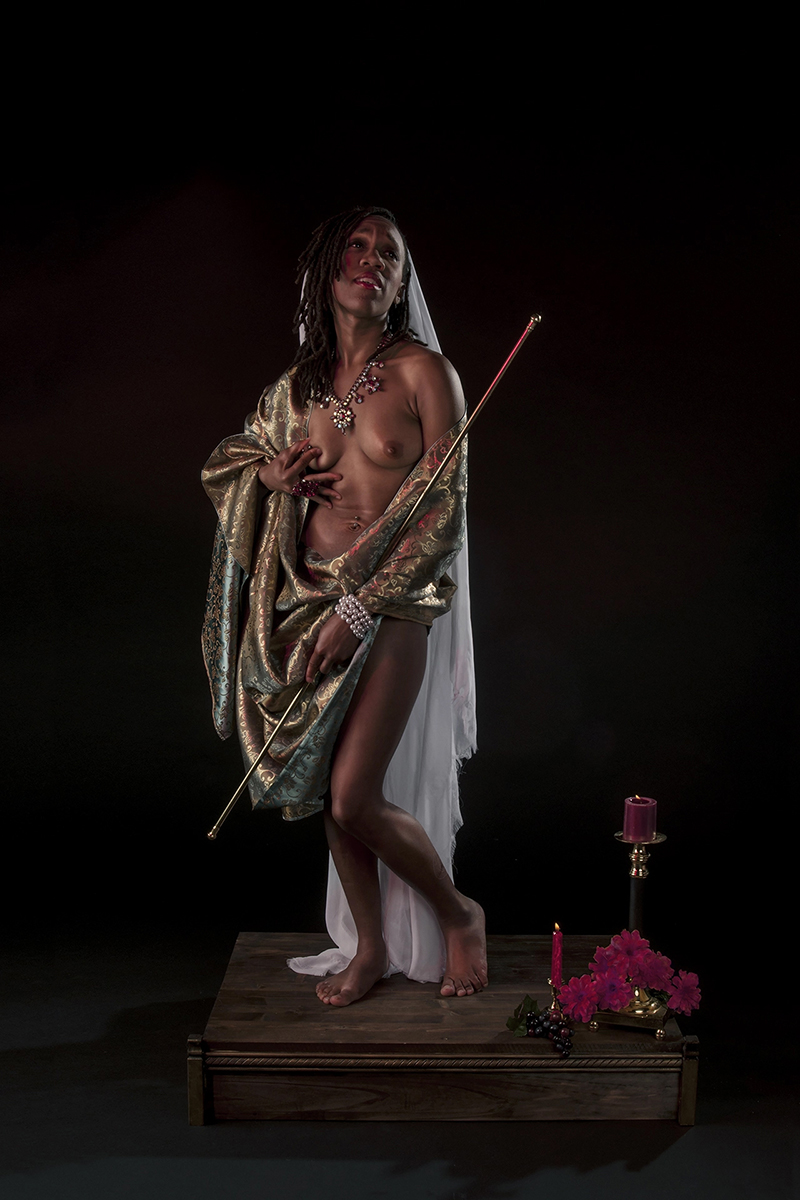 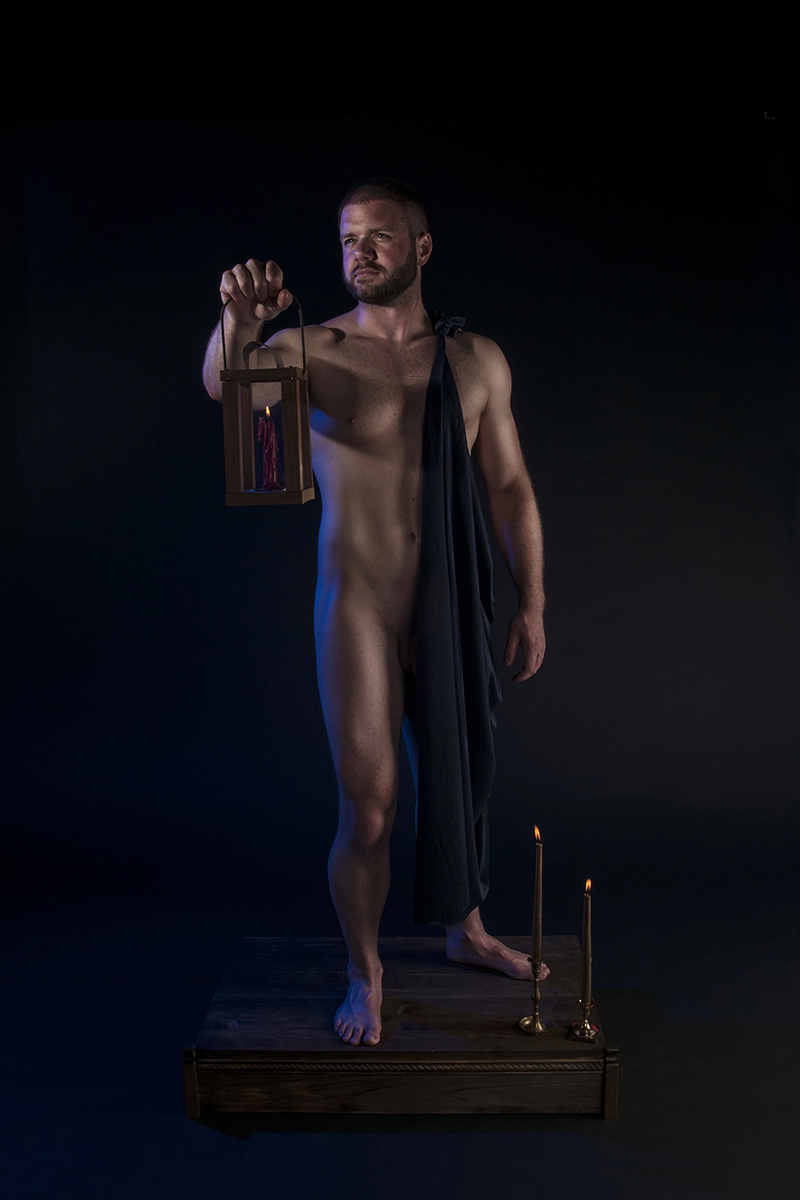